Over 25 Years of Experience We Fight for You!
Contact Us Now For a Free Consultation 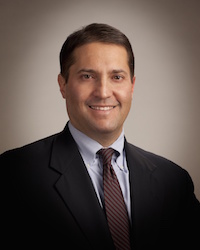 He founded Stephen Law Group, PLLC in 2004 after leaving his corporate legal position, law firm associate position and law clerk position. Mr. Stephen’s passion is helping people who were injured get the justice they deserve.

From 1993-1997, Mr. Stephen was a litigation attorney with Bouchard & Mallory, P.A. in Manchester, handling hundreds of personal injury and insurance defense cases in the district and superior courts throughout New Hampshire. Prior to that in 1993, he was a federal law clerk to the Hon. Martin F. Loughlin, United States District Court for the District of New Hampshire in Concord, New Hampshire.

In 1997, Mr. Stephen joined ADP Total Source, a fortune 100 human resource corporation, as Legal Counsel and later became Director of Client Services for the Northeast Region. In this position, Mr. Stephen provided business and employment law services to clients from New Jersey to New Hampshire. In 2004, he founded Stephen Law Group, PLLC in Manchester after being appointed to the New Hampshire Real Estate Commission.

Since 2004, Mr. Stephen has focused on Personal Injury and Car and Auto Accident cases as a Lawyer in New Hampshire and Massachusetts.

From there, he went on to Suffolk University Law School where the law faculty awarded him the Most Outstanding Student Award in 1993 when he graduated #1 in his class. In January 2006, Mr. Stephen earned an MBA at Southern New Hampshire University, with a concentration in Human Resource Management.

Mr. Stephen served the City of Manchester on the Planning Board for close to three years from 2001-2003. Mr. Stephen also serves the State of New Hampshire as Deputy Boxing and Wrestling Commissioner. In 2003, he was named a recipient of the Union Leader's 40 under 40 award, recognizing 40 New Hampshire leaders under the age of 40 who have made New Hampshire a better place to live. Mr. Stephen also served on the Board of Directors of Moore Center Services, Liberty House and Holy Cross Family Learning Center. He presently serves on the Board of Directors of the Palace Theatre in Manchester.

Mr. Stephen's professional certifications include Senior Professional in Human Resources as designated by the Society of Human Resource Management. Mr. Stephen is licensed to practice law in New Hampshire and Massachusetts. Mr. Stephen is published in the Suffolk University Law Review as an author of "How to Manage a Trial in the Face of a Media Circus," Suffolk University Law Review, 1993.

Mr. Stephen's hobbies include family, civic involvement, sports and reading. He is married to Joleen, a 4th grade teacher at Smyth Road School in Manchester. They have twin boys named Jack and Drew and a daughter named Carly.

B.S. in Business Administration, Whittemore School of Business and Economics at the University of New Hampshire, 1988

*Handled either solely by Attorney Robert Stephen or as co-counsel

Contact Us
Practice Areas
Client Reviews
★★★★★
I was in an accident and I contacted Stephen Law Group. I was thrilled with the result, not only did I receive more than I thought I would, but I walked away knowing I have a full team of attorneys ready to support me in any challenge I face going forward. They made me feel like family. Sandra G., Candia, NH
★★★★★
Stephen Law Group makes you feel like your case is the most important case they have. I was in a horrible accident. Stephen Law Group was there for me through a very difficult time and helped me obtain a very successful result. I was thrilled with their representation. Melissa G., Manchester, NH
View More
Submit a Law Firm Client Review