We Fight for You! Serving New Hampshire, Massachusetts, and Maine
Contact Us Now For a Free Consultation

Round Up® Cancer Lawsuits 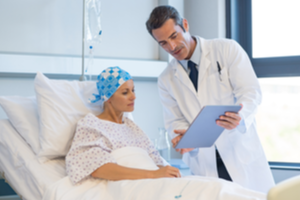 Roundup is a carcinogen and also a commonly used weed killer. One study shows that it can be found in wine and beer. Roundup was made by Monsanto, which has been bought by Bayer. Bayer has faced allegations in litigation that Roundup was defectively designed and that the manufacturer failed to warn consumers of the risk of developing leukemia, non-Hodgkin’s lymphoma, or multiple myeloma from Roundup. If you developed non-Hodgkins lymphoma or other types of cancer, you should consult the Stephen Law Group. Our Roundup injury lawyers can pursue claims against Monsanto for offering Roundup to the public and causing cancer.

We fight hard against corporate greed to protect the rights of victims and their families. You may be able to recover damages for medical bills, lost earnings, pain and suffering, and loss of enjoyment of life if you have received a cancer diagnosis. Most Roundup cases against Monsanto are filed in Missouri and California. However, New Hampshire and Massachusetts laws may apply in some Roundup claims.

Glyphosate is a commonly used herbicide. Farmers and agricultural workers across the country use it as an all-purpose weed killer. After Roundup first arrived on the market, Monsanto denied claims that it caused cancer. The company told farmers and agricultural workers that it was safe. However, studies by the World Health Organization and other researchers have indicated that the weed killer can cause cancer. Since the weed killer may be used to produce the raw materials that make up wine and beer, people who do not work in agriculture or maintain a garden at home also can be exposed to Roundup. Monsanto may have known that Roundup was carcinogenic for decades but buried this fact so that sales continued to increase.

If you suspect that your cancer was caused by Roundup, you should file a product liability lawsuit with the assistance of a Roundup injury attorney. Generally, these cases involve showing a product defect. For any given product, this can be a design, manufacturing, or marketing defect. In the case of Roundup, there may be design and marketing defects.

It is possible to bring a product liability case under New Hampshire law, section 507-D:1. This is a lawsuit brought for or because of personal injury, death, property damage, or other damage that was caused by or resulted from the manufacture, development, construction, design, formula, testing, warning, advertising, marketing, packaging, certifying, or labeling of a product. There are different theories under which you can pursue a product liability lawsuit, and these vary from state to state. In New Hampshire, the available theories under which you can seek compensation for a defective product are strict liability, negligence, intentional misrepresentation or fraud, and a breach of an implied or express warranty.

To establish a claim under a theory of negligence, a Roundup injury lawyer will need to show that the manufacturer’s actions fell below the reasonable standard of care regarding designing, developing, or distributing the product. Strict liability is a theory that allows you to show only that there was a defect in the product that caused harm, such as cancer. If a company is aware that a product has certain dangers, but it sells the product anyway and works to mislead the public or conceal the danger, an injured plaintiff may be able to recover damages under a theory of fraud or intentional misrepresentation.

In Massachusetts, there are three different theories under which you can bring a product liability lawsuit. These include negligence, a breach of the implied warranty of merchantability, and Chapter 93A. As in New Hampshire, negligence requires the plaintiff to show that reasonable care was not used. A plaintiff seeking to prove a breach of warranty claim would need to show that the defendant was a merchant, the product was sold, the way in which the product was used was foreseeable, the product was defective, and the defective aspect of the product legally caused the injury. Under Chapter 93A, it is considered a deceptive, unfair act to fail to perform a promise or obligation arising under a warranty.

Generally, plaintiffs need to present reliable and credible expert opinions to support the position that the cancer from which they are suffering was more likely than not caused by exposure to glyphosate in Roundup. It is critical to retain an attorney who works with credible and experienced experts and who keeps up with Roundup litigation across the country. If you have developed cancer, and you suspect that it is because you were exposed to Roundup, you should consult an experienced attorney at Stephen Law Group. Contact us at 877-663-1007 or via our online form.

Contact Us
Practice Areas
Client Reviews
★★★★★
I was in an accident and I contacted Stephen Law Group. I was thrilled with the result, not only did I receive more than I thought I would, but I walked away knowing I have a full team of attorneys ready to support me in any challenge I face going forward. They made me feel like family. Sandra G., Candia, NH
★★★★★
Stephen Law Group makes you feel like your case is the most important case they have. I was in a horrible accident. Stephen Law Group was there for me through a very difficult time and helped me obtain a very successful result. I was thrilled with their representation. Melissa G., Manchester, NH
View More
Submit a Law Firm Client Review